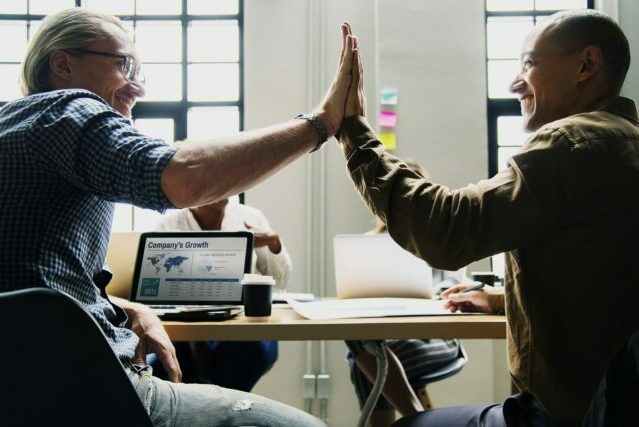 In a symbolic gesture, state, county and city officials gathered to light up the fiberoptic cable that will deliver high speed broadband to both Delta and Montrose.

Phase one construction, and the building of the fiberoptic network in those two cities, is complete following more than three years of planning, engineering and construction.

“Today marks the start of affordable broadband for our communities,” said Delta Mayor Ed Sisson. “This regional access point in Delta is the culmination of many years, long hours and organizations working together to make it happen.”

The carrier neutral location is housed in the city’s municipal light and power building. It serves the Delta County Library District and soon, the school district. From that location, internet service providers can deliver gigabit speeds to businesses and residents.

Michelle Haynes, executive director for Region 10 League of Economic Assistance and Planning, said it’s fitting the lighting ceremony was held at ML&P, which generated the electricity that moved the community forward in the ’30s and ’40s. “Now this is where we’re locating one of our regional hubs, which will take our community into the next step, into the next century, and help us move forward with economic development.”

The collaborative effort began in 2013 with a planning grant from the Department of Local Affairs. In 2015, DOLA made a $5.2 million investment in the design and construction of a middle-mile system for the Region 10 network. The project became a reality with buy-in from the cities of Delta and Montrose, Delta County and Delta-Montrose Electric Association. Additional funds were provided by El Pomar Foundation and the U.S. Economic Development Administration, in recognition of the economic impact mine closures held for Delta and Gunnison counties.

“Now with the work of DMEA, we’re looking at gigabit-level service to every home in the Delta-Montrose county area in the next five to six years,” Haynes said.

Delta County commissioner Doug Atchley said the county committed $750,000 in the belief broadband is essential to economic development not only in Delta County, but all of western Colorado. He thanked all the partners for their vision and the push to make the project a reality.

“There’s lots more to do, but congratulations!” said Irv Halter, executive director of the Department of Local Affairs. “I can’t wait to see what this will do for your community as you move forward.”

He commented on one individual who did not attend the lighting ceremony on July 24, but is committed to connectivity across the state — Governor John Hickenlooper.

Phase two of the project, which is currently underway, will extend that connectivity to communities throughout Delta, Montrose, Ouray, Gunnison, Hinsdale and San Miguel counties.

Additionally, the network can be used by internet service providers, cellular companies, and phone and cable companies, to lower their costs and improve services.

In a press release issued last week, Region 10 broadband project director Chris Kennedy said, “Abundant, affordable, and reliable broadband services are no longer a luxury in rural areas, but are more like a utility like water or electricity. In terms of attracting and retaining businesses locally, we can now compete more effectively with other, larger urban areas.”

Region 10 Broadband in the News!